The Race for Space

The Race For Space

My name is Donald McElfresh and this is 2014. Our Space Program (US) started in October 1958 under President Dwight D. Eisenhower who established the National Aeronautics and Space Administration (NASA) in 1958. Space programs are still under the influence of NASA and get their funding from the agency. More and more companies are getting into the space business now more than anytime in the past.

Some companies hold a monopoly on government contracts but that is about to change as more companies realize the great potential for profits from space activities. No longer will governments be in control of what goes on in space although they will try but it is up to the private sector to manage the laws and rules of space operations. 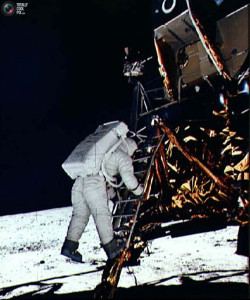 We spent billions on the Space Shuttle and it only went to LEO and repaired the Hubble Space Telescope but other than that it was the ‘truck’ that helped build the International Space Station. But my question is why haven’t we gone further than we have? If the space program would have been placed in the hands of the private sector we would have been on Mars and beyond by now.

Even though getting into space is an expensive venture the private sector would have figured out how to do it with much less money that the government has spent to date.

We might have used bubble gum and gum wrappers to do it but we would be far beyond what we have achieved so far. Right now we have about a dozen or more billionaires in on the act and all are bound and determined to get there first. But as I said it is a costly venture and requires tons of cash flow to proceed.